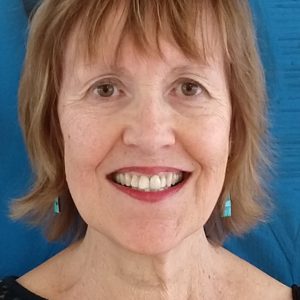 “An Awareness Through Movement lesson is a guided journey that provides each student with an organic learning experience of developing more self awareness and appreciating how they can learn to move and live with greater ease. ” In the words of Moshe Feldenkrais, who developed this method, “More delicate and improved control of movement is possible only through the increase of sensitivity, though a greater ability to sense differences.”

My introduction to “Awareness Through Movement” was thanks to an intriguing postcard I received in the late 70’s promoting Moshe’s second training in the United States. Fortunately, that postcard led me to an ongoing adventure of learning the most effective, efficient, and enjoyable means of discovery, profound self development, self care and a means to help others in their process of learning self exploration. With each step along the “Feldenkrais” path of learning, my work as a Physical Therapist was influenced and enriched.

After I was disabled by a debilitating case of Lyme Disease in 1989, my familiarity with the “Feldenkrais Method” became a personal gift and led to my rehabilitation through participation in an 800 hour training. I completed the training in 1994, with a heartfelt appreciation for the healing process, on many levels. I also gained a deeper understanding of illness, pain and loss of function and an abiding wealth of gratitude for such possibilities such as: relaxing tight muscles, finding ease and efficiency of movement, and coordination of body parts.

If I can learn, so can others.

“By shifting our attention to the means of achieving instead of the urge to succeed, the learning process is easier, quieter, and faster.” Moshe Feldenkrais – The Elusive Obvious. It has been my pleasure to teach “ATM” lessons to individuals and groups in a variety of settings including public schools, physical therapy outpatient clinics, nursing homes and public workshops and classes.

Bette graduated from the University of Wisconsin, Madison in 1975 with a BS in Physical Therapy. In 1990, Bette began Feldenkrais Training led by Gaby Yaron in Evanston, Illinois. Over the course of 4 years and 800 hours of training, she graduated in 1994. Bette participates in ongoing professional continuing education, including Feldenkrais advanced trainings.

Movement is my passion with both my family and friends and “solo”. Thankfully “The Feldenkrais Method” allows me the freedom to dance, snowshoe in the winter, bike, and kayak in the summer. When possible I love to walk barefoot on sandy beaches while listening to the sounds of the waves and the birds.

As a roofing contractor for the past 30+ years, to say that my body has been used and abused would be an understatement. Over the course of time, I’ve tried many things to try to keep physical ailments and injuries in check. Some gave me relief for a short time, but some didn’t help at all. Then I was introduced to Bette Stephens and the Feldenkrais Method. Bette‘s knowledge of body mechanics, how we move, how we shouldn’t move, was the key to unlocking long lasting relief, improvement in my range of motion and learning how I could be an active participant in extending my career by applying self-care techniques. I’ve never had a session that didn’t result in some sort of improvement! I plan to continue to see Bette as long as she is taking clients and feel that she is a truly gifted practitioner who can help you too! Awareness Through Movement has truly been one of the best investments I’ve ever made in my health and wellbeing.
Thank you – Thank you – Thank you! – Jeff T
I discovered Feldenkrais about 8 years ago when a fellow horse rider recommended it to improve my riding.  I went in a week before my horse show and expected to be “fixed.”  That’s not how Feldenkrais works.   Instead, over time, I learned to let go in my tight body and in my uptight mind and to not only be a better rider but also in every other part of my life.  I move with more freedom and more balance now than I ever have.  Feldenkrais also came to my aid in recovering from a very serious concussion that required over a year to heal.  I am more confident about aging and more fearless about the changes that we cannot avoid. Feldenkrais teaches how to be more at ease, no matter the challenges we face. That optimism is just what we all need in the face of uncertainty. – JM